ERVI, finally the first wines available on the market

After a long experimentation phase, two wineries have launched a dedicated commercial project

Undertaking a genetic improvement process inevitably confronts the selector with two obstacles that are difficult to overcome, in which the uncertainty of the commercial success of new products (more or less rapid) contrasts with the almost mathematical certainty of the time required for the selection of innovative genetic material. With specific reference to viticulture for wine production, it is also known the difficulty of valorising these achievements, which have rarely met with commercial success, which is of interest to producers and institutions responsible for the valorisation of wines. In Italy, with the exception of Manzoni Bianco (born from the combination of Riesling Renano x Pinot Bianco) which has well established itself in Veneto and some other regions, successful intraspecific crossbreedings (e.g. Rebo in Trentino, Albarossa in Piedmont) are now limited to modest areas resulting from an enhancement that took place later than the end of the selection process.

Thus, in Piacenza, the ValorInVitis project, conceived with the general objective of improving the competitiveness of the local wine system, has pursued the enhancement of Ervi, a vine grape variety obtained in the 1970s by Prof. Mario Fregoni by crossing Barbera x Croatina and, since 2003, recognized as suitable for cultivation in Emilia Romagna region. Like the other crossings, Ervi has so far not found adequate opportunities to enhance its value and the absence of a dedicated space among the denominations of origin of the territory has not encouraged winemakers to undertake innovative actions focused on this variety. However, on the basis of the encouraging results of preliminary research carried out by the Università Cattolica del Sacro Cuore di Piacenza, driven by the innovative spirit and the need to differentiate the company's range, two courageous winemakers from Piacenza - Andrea Illari (Azienda Vitivinicola Villa Rosa, Bacedasco Basso) and Andrea Pradelli (Tenuta Borri, Pillori di Travo) have bet on Ervi with the aim of producing high quality wines potentially aimed also at the international market. As part of the ValorInVitis project, the first two Ervi labels were presented at two dedicated events held in Piacenza (in November 2018) and in Verona at Vinitaly 2019 hosted by the Consorzio di Tutela Vini DOC Colli Piacentini.

Here we present some characteristics of the wines on the market

The vineyards are located in the municipality of Travo (Piacenza area), at an altitude of 460 m above sea level with southern exposure. The soils are of marly limestone origin. The grapes are harvested exclusively by hand and delivered to the cellar in individual boxes, pressed and destemmed and macerated in the must for 20 days to extract coloring and aromatic substances. This is followed by natural fermentation by indigenous yeasts and vinification in stainless steel containers where it is also aged on yeasts and fine lees for six months. The wine then remains in tonneaux d'Allier for a year. The wine is neither filtered nor stabilized and is put on sale at least 12 months after bottling.

The vineyards are located in the municipality of Vernasca, in Bacedasco Basso, on clayey-lime soils belonging to the series of ancient Red Lands. The vinification involves a long maceration on the pomace at controlled temperature to improve the extraction of tannins, color and aromas. The aging in steel tanks lasts 6 months. After bottling the wine rests in the bottle for about two months before being put on the market. "Ervin 18" is produced without the addition of sulphites. 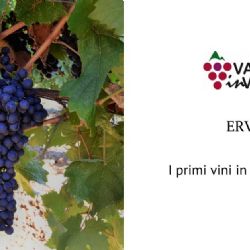 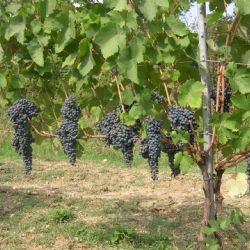 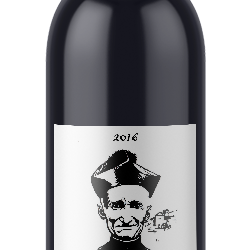 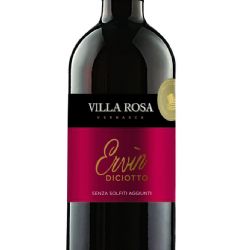